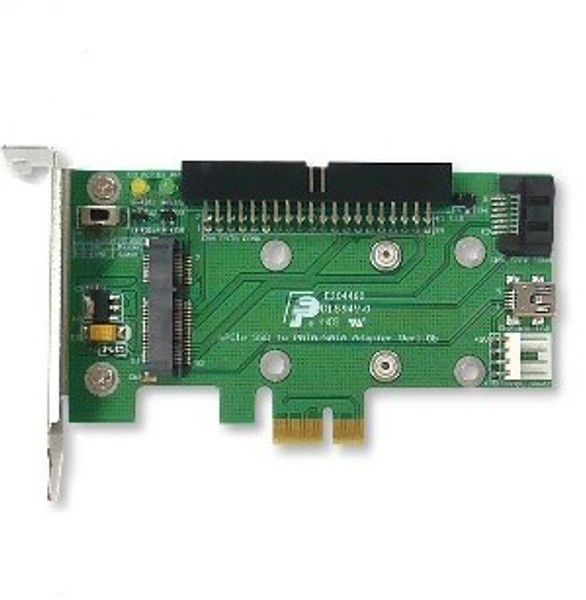 MP2S is a passive adapter designed for Desktop SSD solutions that converts custom mPCIe SSD to SATA/PATA connector on main-board.
The adapter will allow you to use mPCIe SSD card as a hard drive on your PATA/SATA motherboard.

The SSD module is controlled via the PATA or SATA interface to the main-board not the PCIE bus or USB port. It only requires power from the PCIE bus or USB port or Floppy connector. As a result, PCIE/USB connector existing nets on the PCB which are power connecting only.
Almost mPCIe SSD only supports master mode. Please set any other IDE devices on slave mode if you have any, such as HDD/CD-ROM.